I’ve never been good at taking notes. I’ve tried. Oh boy, have I tried. Name a piece of note taking software, odds are I’ve tried it. I’ve even tried going old school with pen and paper. Nothing sticks.

Some time ago, I learned about Apple’s Shortcuts app. It’s an app on iOS, iPadOS, and MacOS that allows you to automate actions between apps. It’s a little like IFTTT. I played with it and made a few fun things. I created a keyboard shortcut that could turn my lights on and off, for example. I didn’t take it much further than that.

Since the start of the new year, I’ve been taking on more responsibility at work. This has meant an increase in meetings, and an increase in me being responsible for making sure things are moving forward. This means I often have to follow up on things after a meeting, and I would sometimes forget to do this. This would not do, I thought, and decided it was time to start taking meeting notes.

I had some requirements in mind:

Turns out, combining Apple Shortcuts with Bear hits all of these requirements.

I have two Shortcuts I use to make my note taking life much easier:

The meeting note shortcut does the following:

I trigger this shortcut by typing cmd+ctrl+m. Any meeting I go in to, the first thing I do while I’m waiting for people to arrive is hit that shortcut, the note pops up a few seconds later, and I’m ready to take notes. 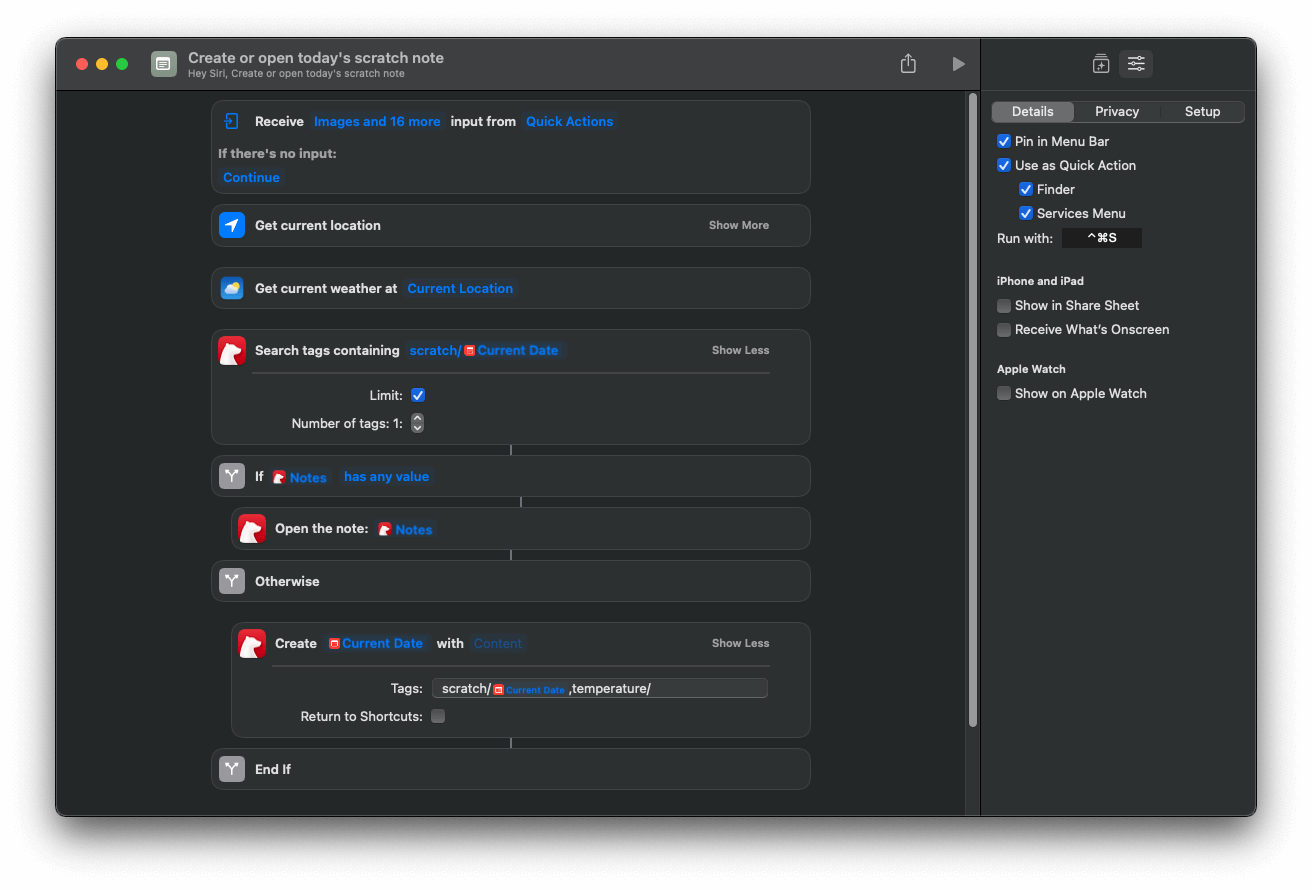 After a second or two, a note that looks like this opens up on my screen:

Other than being a beautiful demonstration of not implementing every single feature your user base asks for, the primary thing Bear excels at in my workflow is TODO management.

At any point in any note, you can create a TODO. This manifests as a list item with a checkbox, much like GitHub’s TODOs. You can have as many TODOs as you want in a note, and Bear has a section of its navigation menu that will show you all notes with outstanding TODOs. 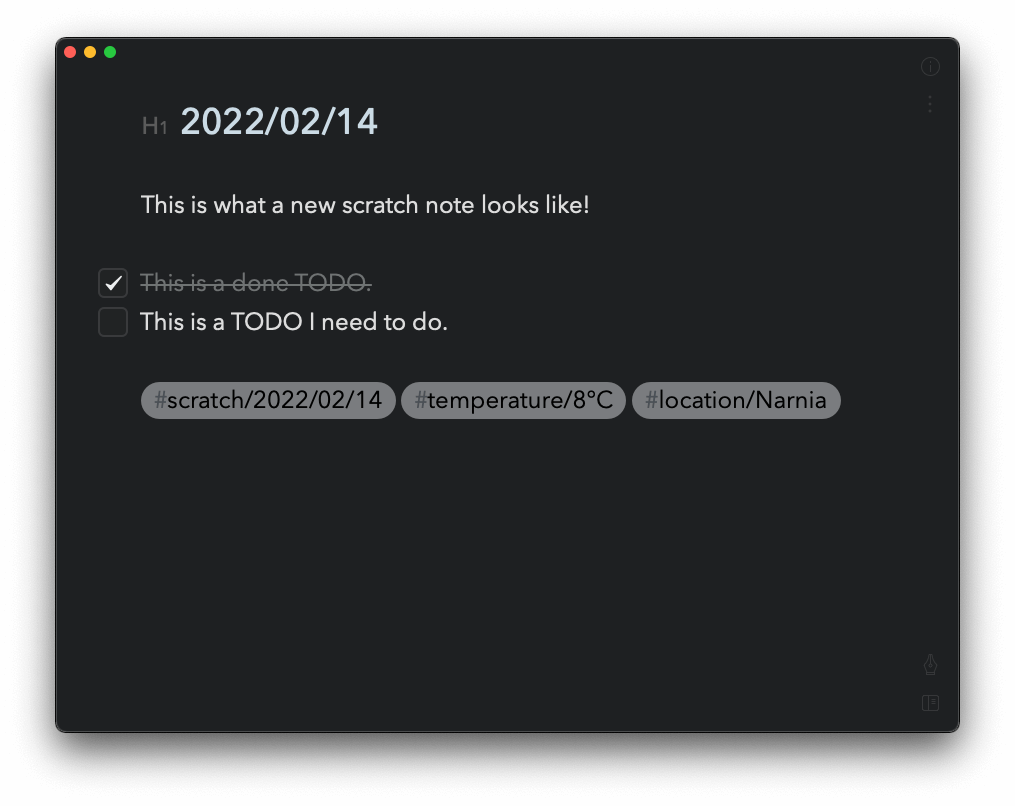 I’ve been using this new system for about a week now, which is longer than I’ve been able to stick with any other note taking system. Nothing else has ever felt as natural to me as this does.

The key outcome, though, is that I feel more on top of things now. I’m not dropping the ball on things people ask me to do in meetings. People don’t have to chase me for things as much, which makes me feel good and I’m sure it makes them feel good as well.