In 2017, the landscape of what the term "video games" refers to is enormous. More people are gaming than ever before, and if you're not a part of that crowd it can look like a whole lot of wasted time.

What I want to do with this series of posts, if you'll give me the benefit of the doubt, is show you what video games can offer. It's not all about shooting bad guys and beating your friends at FIFA. Video games are a unique medium, and each category I'll be writing about adapts the medium to evoke emotion, develop skill and challenge the mind.

Stories have been at the heart of human culture since we first painted animals on cave ceilings. We have entire industries dedicated to the distribution of stories: books, radio, film, theatre, and now video games.

Video games have been embracing story since the 70s, with games like Zork. At the beginning, these games were typically text-based, with the user entering commands at a terminal that looked a bit like this: 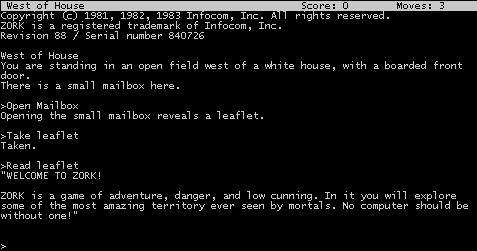 Looks rubbish compared to the latest blockbusters, doesn't it? Maybe so, but many people enjoy playing text-based games, and it was a natural evolution from books.

You might be glad to hear that we've come a long way since then. 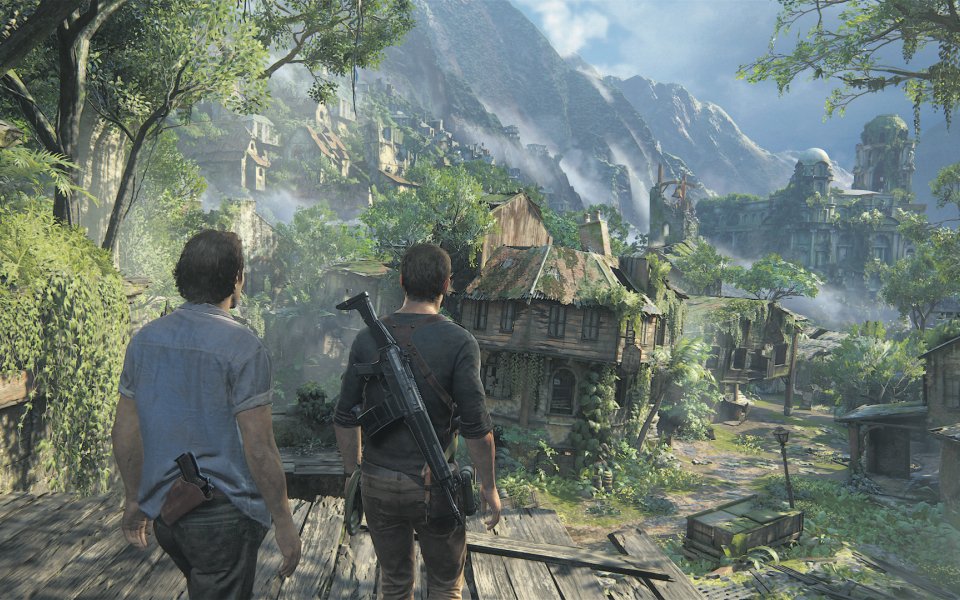 Let's take a look at a game called "The Last of Us" (no spoilers, I promise). 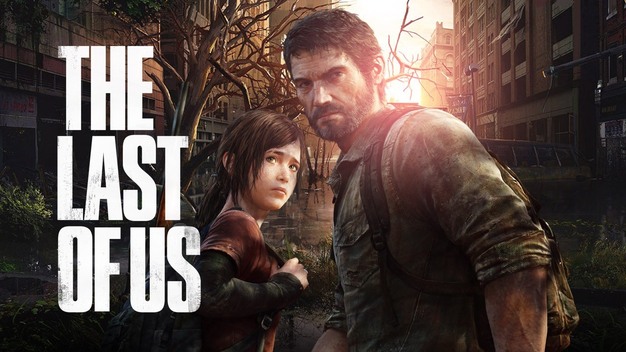 Released in June 2013, The Last of Us is set in a post-apocalyptic world overrun by "the infected." Yes, it's Yet Another Zombie Thing, but stay with me. The Last of Us is considered one of the greatest video games ever made and has received more than 100 awards. So what sets it apart?

Take a few minutes to watch the trailer:


A common reaction to this might be: "urgh, another game encouraging mindless violence," but that would be missing the point. Listen to the music, look at the scenery, feel the emotions between the characters. Violence is simply a by-product of the world that the story has to occupy. Without it, the world would be less believable and more difficult to become immersed in.

Directly taking the role of characters by controlling them in a video game strengthens our attachment to them. It's no longer a case of sitting back and watching a story unfold. The interactivity places you at the center, and every button press could represent a crucial decision in the lives of the protagonists.

"That's ridiculous," I hear you say, "The story is the same for everybody who plays it. You're not making decisions at all, you're following the same path. It's no different to watching someone else play the game."

Abstractly, this is true. While there may be small differences in what someone experiences depending on how much they explore the game, the ending is the same for everyone. So why does interactivity make a difference?

There is a runaway trolley barreling down the railway tracks. Ahead, on the tracks, there are five people tied up and unable to move. The trolley is headed straight for them. You are standing some distance off in the train yard, next to a lever. If you pull this lever, the trolley will switch to a different set of tracks. However, you notice that there is one person on the side track. You have two options: (1) Do nothing, and the trolley kills the five people on the main track. (2) Pull the lever, diverting the trolley onto the side track where it will kill one person.

While option 2 is quantitatively better than option 1, it requires you to perform an action. If you do nothing, it could be argued that you cannot be blamed for the deaths. No action that you took caused anyone to die. If something is seen to have happened as a result of your actions, it becomes more meaningful to you. Therein lies the power of interactivity in storytelling, even if that interaction does nothing to change the outcome.

But why bother with thought experiments when there's an entire category of video games where your choices do affect the outcome? 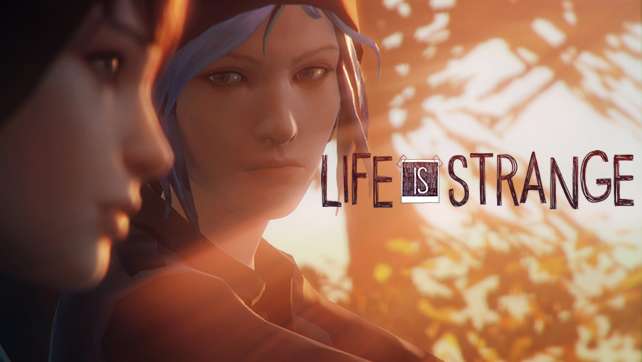 In 2015, Dontnod Entertainment masterfully demonstrated the power of choice-based games by releasing Life is Strange.

In this title, we play the role of Max, a photography student at the prestigious Blackwell Academy in Arcadia Bay. Early in the game Max discovers that she has the ability to rewind time. Throughout the game, the player is offered choices, and these choices change the direction of the story. The choice could be as small as choosing between eggs or pancakes for breakfast, or as large as life and death.

Life is Strange and The Last of Us are both serious stories that touch on important parts of human existence, but it isn't all doom and gloom. 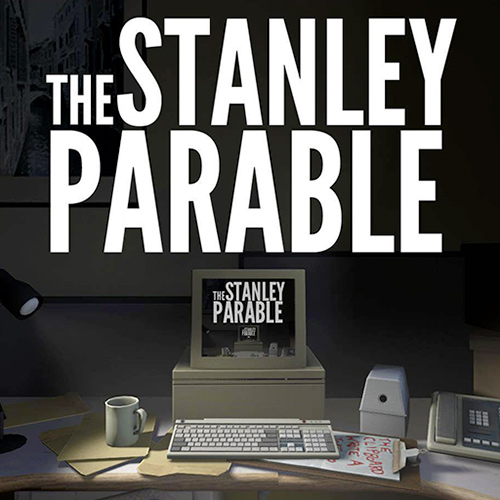 The Stanley Parable opens with a voice over:

This is the story of a man named Stanley.

Stanley worked for a company in a big building where he was Employee #427. Employee #427's job was simple: he sat at his desk in room 427 and he pushed buttons on a keyboard. Orders came to him through a monitor on his desk, telling him what buttons to push, how long to push them, and in what order. This is what Employee #427 did every day of every month of every year, and although others might have considered it soul-rending, Stanley relished every moment the orders came in, as though he had been made exactly for this job. And Stanley was happy.

And then one day, something very peculiar happened. Something that would forever change Stanley; something he would never quite forget. He had been at his desk for nearly an hour when he realized that not one single order had arrived on the monitor for him to follow. No one had shown up to give him instructions, call a meeting, or even say 'hi.' Never in all his years at the company had this happened, this complete isolation. Something was very clearly wrong.

Shocked, frozen solid, Stanley found himself unable to move for the longest time. But as he came to his wits and regained his senses, he got up from his desk and stepped out of his office.

The camera pans around your character and suddenly you're in control. Do you get up and step out of the office? You don't have to. You could stand in the same spot indefinitely, and your prize for doing so would be an increasingly agitated monologue from the narrator.

But you want to actually see the rest of the game, so you get up and leave the office. After a little while, you come to two doors, and the narrator acknowledges this:

When Stanley came to a set of two open doors, he entered the door on his left.

And now you could take the left door, as the narrator suggests, or you could take the right. What happens then? Well, The Stanley Parable has dozens of possible endings and I encourage you to spend an afternoon trying to find them.

What sort of showcase would this be without mentioning one of the world's most beloved video game?

The Legend of Zelda series started way back in 1986, but came out with its most memorable title in 1998: "The Ocarina of Time."

Each story follows a hero called "Link," who is frequently tasked with rescuing a princess called "Zelda" from an evil bad guy called "Ganon."

Yeah, it's not the most original of stories. So how did it rise to be considered the best video game of all time?

One argument suggests that 1998 was around the time that most people who might be professional game critics in 2017 started getting in to video games.

Another argument is that it has a beautiful soundtrack, mesmerising art style and a story that has transcended generations.

Whatever people say, there's no question that The Legend of Zelda is loved by millions, and with all of the anticipation surrounding the release of their latest title "Breath of the Wild" in March of this year, that love has never been more prominent. 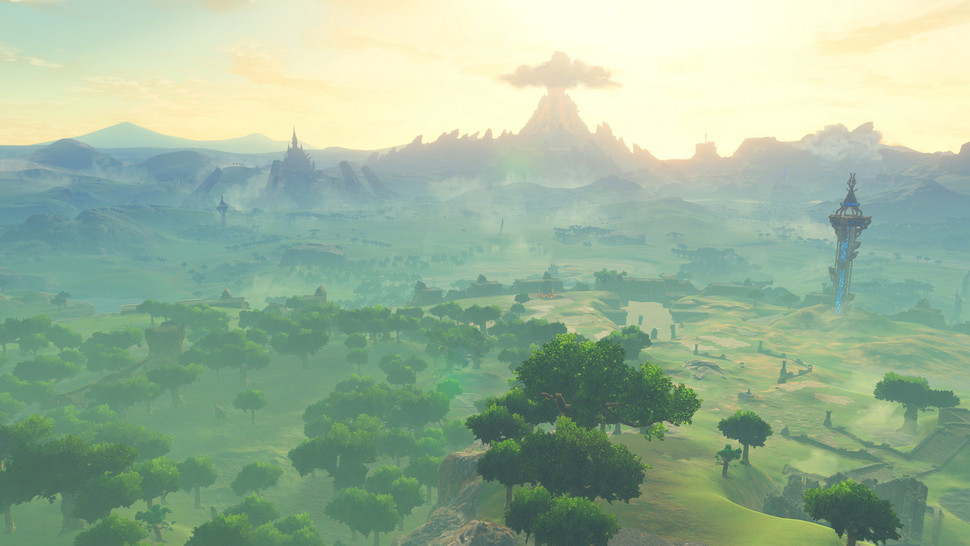 With that, we'll wave goodbye to story-based games.

In the next post we'll be covering the similar but different-enough category of walking simulators! Yes, that's a real category of video games, and it has been gaining traction in the last few years.