This is quite overdue, but I took part in Movember in November of last year and got a little bit ahead of myself while trying to raise as much money as possible.

November 1st 2012 came around and a few people at work decided to do Movember and I decided to join in. I went for a handlebar moustache but it got a few weeks in and I'd only raised about £20. I decided to up the stakes and break the rules a little bit by posting the following Facebook status:

Ladies and gents, the sheer lack of support for my handlebars is shocking. Have you not seen them?! If I get to over £100 I'll keep them until after New Year. You know you want to.

Unfortunately, this didn't have the desired effect and I only got to about £50 and it was way past the halfway mark. I got a bit drastic and aimed a little bit higher. I sent this email to the main company mailing list on the 27th of November:

It's the last few days of Movember and I just want to send out a final message about the Forward Movember team and (rather selfishly) me. I'm trying to raise over £100 for the cause and what I'm going to do if I do get over £100 is keep my handlebars until after the new year, see how ridiculous I look after two months :)

Gotta give huge shout outs to the other guys on the team, we've raised over £500 so far (full disclosure, it's £501). Anything you can give would be really appreciated.

PS: Just in case I manage to snipe anybody incredibly wealthy, I also promised to keep the handlebars until next November if I raise over £1000. Just sayin'

Yup. You're reading it right. £1000, a full year of handlebars. A few days later on the 29th of November, I was checking my emails after arriving into work and I see this: 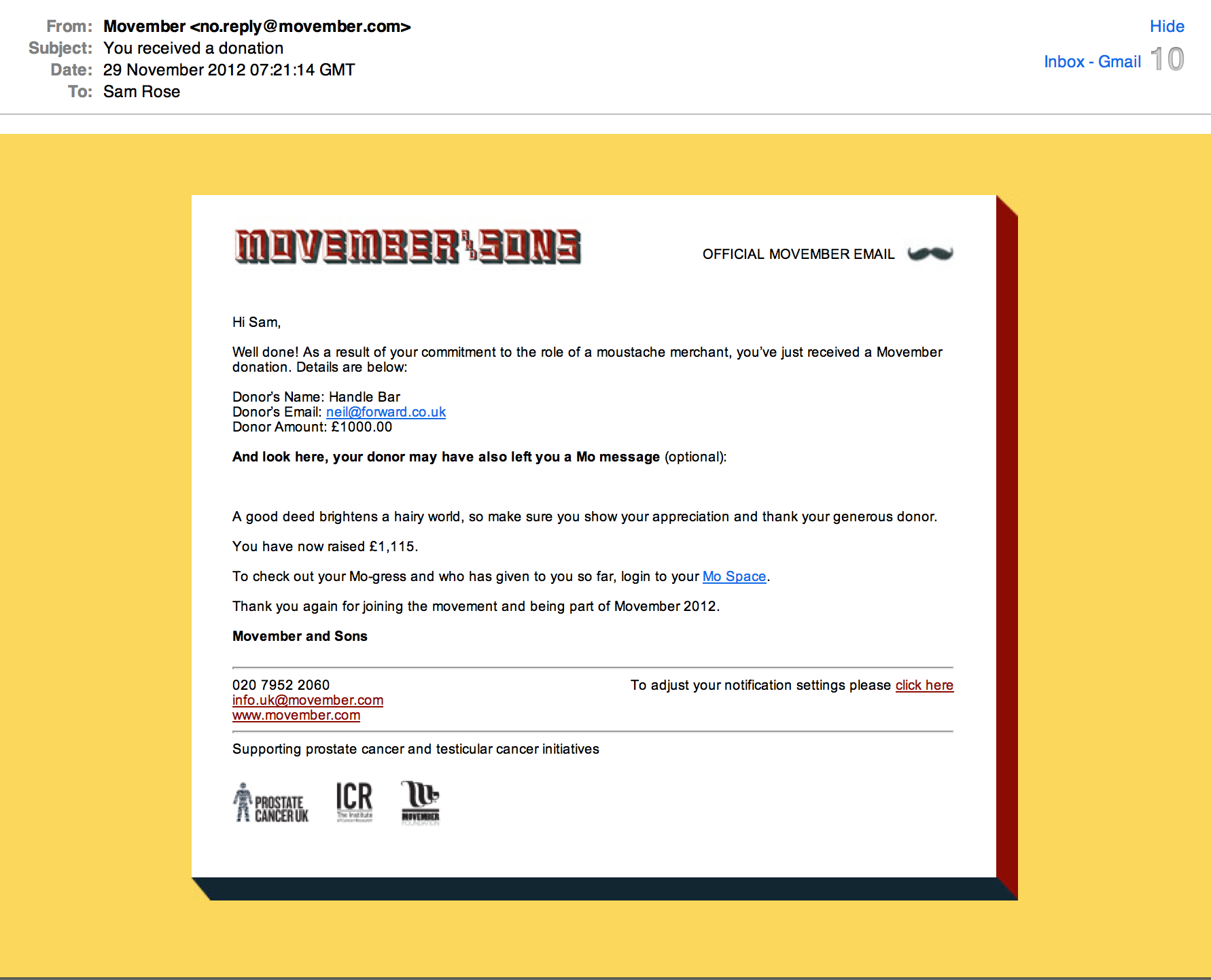 The generous benefactor in question is the managing director of Forward Neil Hutchinson. I went to his office a few days later to thank him, shake his hand and ask what his motivation was to make such a huge donation. His response?

"Just thought it would be funny." — Neil Hutchinson

So that turned my Movember into a Moventy-thirteen. I'm a bit late on the write up, but here's the current status of my face: 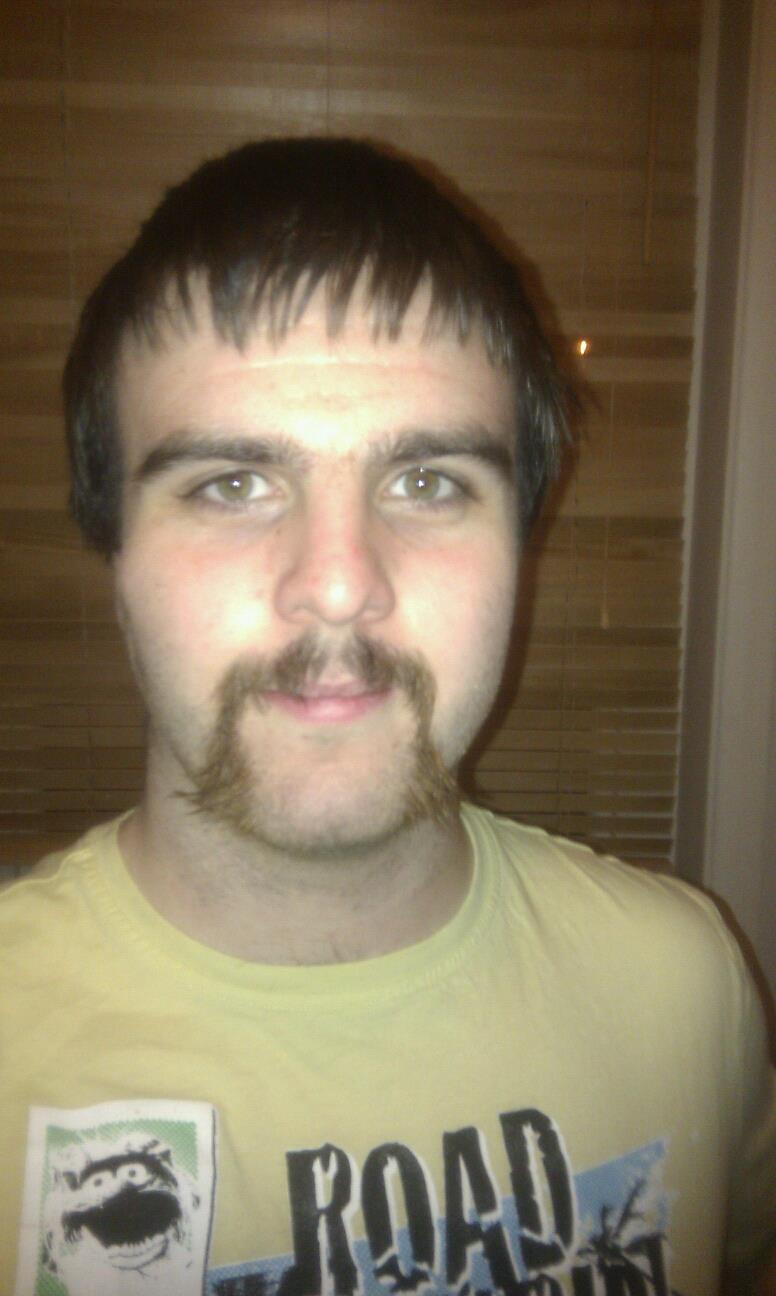 If you see me and think I look like a twat, don't worry. I think that too! :) But if it helps contribute to the fight against cancer I would grow it forever.