I've been meaning to get into electronics for a long time, so the other day I decided to actually make the leap, order a tonne of Arduino stuff and a book on learning how to use it, and start hacking.

Prerequisite Knowledge: None, really. I didn't have any. This post is more of a "look what I bought! Woot!" post.

So, without any further ado here's a picture of what I bought:

It cost in the region of £150. I used the list at the start of the PragProg book: Arduino: A Quick-Start Guide, which is (not surprisingly) the book I bought to help myself start learning.

I'm only a few chapters into the book but I like the style it uses. It has sections called "Why won't it work?" at the end of each chapter that covers common troubleshooting problems (unfortunately it didn't predict the problem I had that was caused by package differences on 32bit and 64bit Arch Linux, but I think I can let the guy off).

The book is based on you actually making things, little projects. The first non-trivial one was building a little dice game. You have two buttons, one of which lets you set your guess and the other generates a random number. If your guess is the same as the random number, you win! It sounds trivial but as a total beginner, I learnt a lot doing it :)

Here's a picture of the dice game I built, with my development environment in the background (I edit the code in vim and build it with the Arduino IDE. I found this to be the easiest way of doing things): 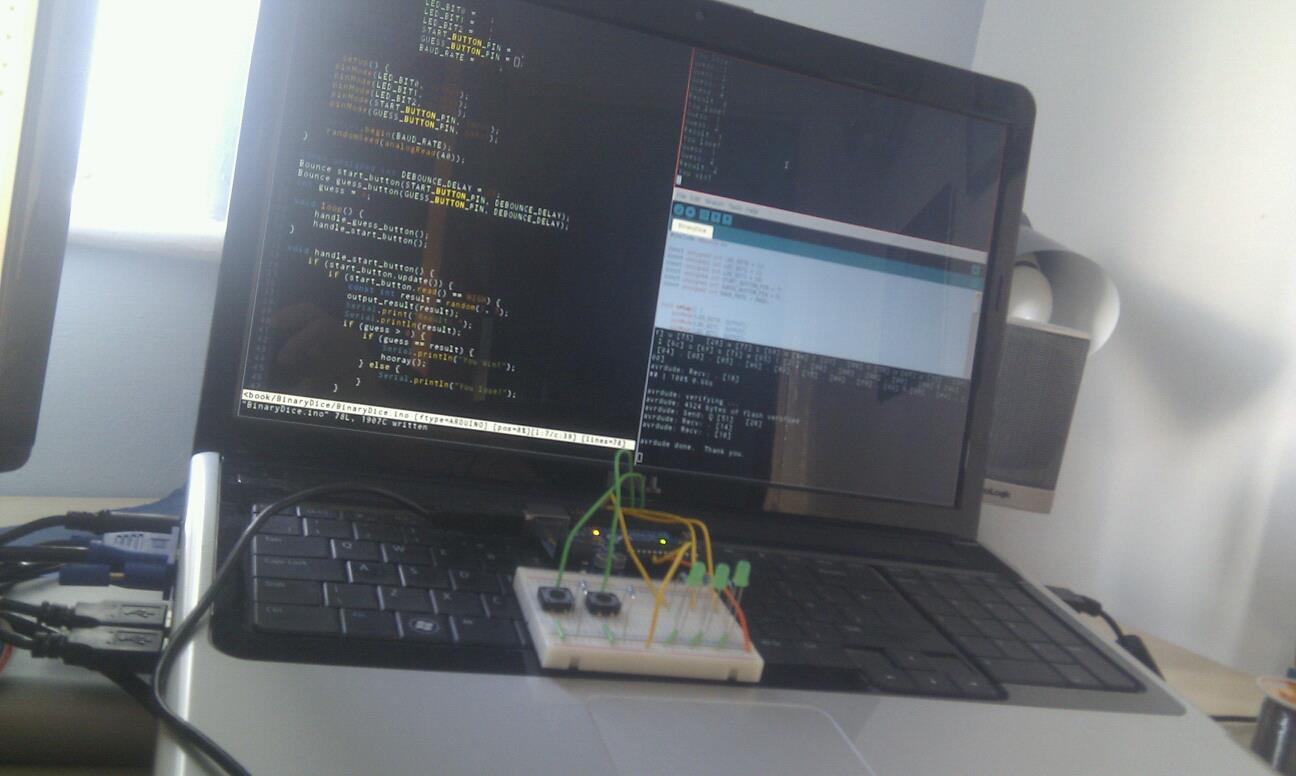 Not a lot else to say, really. I haven't written anything a while and I wanted to remedy that, so I thought I'd post up what I'm looking into at the moment. Arduino looks to be an incredibly fun and reasonably priced hobby, I can't wait to actually start my own projects.